One of the players of the world of warcraft universe reported that he managed to pump his character up to the sixtieth level without bloodshed. Pandaren increase their skills exclusively in the collection of herbs. it is noteworthy that for the gamer himself, this is already a proven path of development.

The thing is that the player under the nickname Double agent 6 years ago pumped his hero with the help of collecting plants. Then he managed to pump the selected character up to level 90, it was at that time the maximum. It took the player 174 days, and this despite the fact that other ways to pump the character can be much faster. During the release of the extensions, Double agent repeated its achievement, a good level of the upper limit.

With the release of the Battle for Azeroth addon, it was possible to develop the character's skills up to level 120, and to achieve this goal, the gamer needed another 77 days. Most recently, another large-scale expansion for the Universe was released. We are talking about Shadowlands Double agent. Due to the fact that the developers have improved the pumping system, it took only 18 days for the player to reach the maximum, this time the sixtieth, level.

Playing as the character pandaren, the gamer wandered through the lands of the Wandering Island. This is a neutral territory, but after the player leaves it, he must join one of the factions. it's hard to even imagine how exhausting it was for a gamer to pump your character, because the location itself is designed for beginners and a simple collection of flowers brings very little reward.

A tribute to a World of Warcraft fan

On thematic forums, Double agent has repeatedly written that players in World of Warcraft simply need to take sides and be responsible for thousands of deaths in the future, even if unrealistic. therefore, he wanted to find a different way for his character to develop in the best traditions of the pacifist. he gave up fighting dragons and boars and decided to just pick flowers every time they respawn.

This approach to the project is very interested in the developers. After Double agent spent more than 8 thousand hours of game level on humane pumping of his panda, Blizzard immortalized his achievements by creating an original NPC. 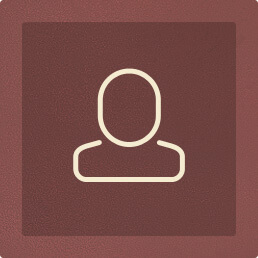