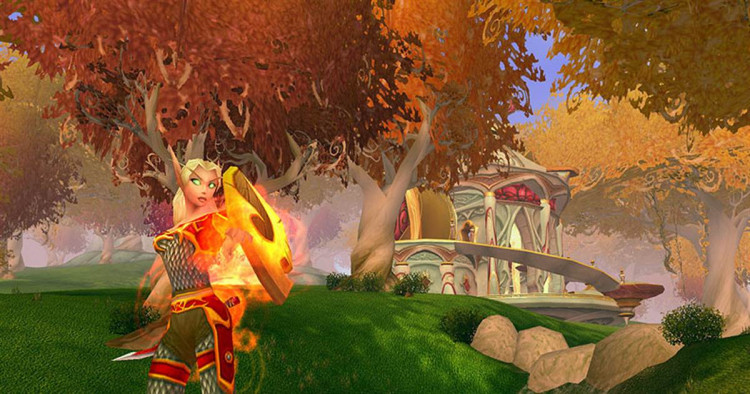 Developers of the popular project World of Warcraft tomorrow will hold a digital event, in which they promised to hold several announcements of future updates. But today the network got data that the exhibition will reveal details about WoW: The Burning Crusade Classic. According to the source, the release of this add-on for the classic version of the game will take place already this year, which means that the developers still chose the best solution for themselves.

What do we know?

Before the studio launches addon, gamers will be able to make a decision: save their characters on the servers of the classic version of the game or go with them to The Burning Crusade. In the second case, users will be able to pump their character from the sixties to the seventies level, while being able to work with new game content, which, according to leaks, will be incredibly interesting and exciting.

It is also assumed that gamers will be able to pump their characters from the zero level, using updated servers. Experts believe that such a comprehensive solution will take into account the interests of the entire audience and even allow to expand it.

As for the release itself, two new game races should be introduced. We're talking about blood elves and drains. Transferred from past versions of the characters will be pumped in a location called Outland. This is a new territory, developed from scratch, so gamers should like the gameplay, because they do not face duplication of events and performing the same quests.

In addition, the addon will bring gamers the opportunity to experience new forces in a new profession. Soon everyone will be able to become a jeweler, but what features will have a new skill - is not reported yet. Experts believe that developers will gradually release new content, as was the case with the development of the original classic servers. But what should be expected of the players - also it is not clear.

Recall that Blizzard very responsibly approached the process of developing a script to support the classic versions of the game. On the profile resources were official surveys, allowing to assess the opinion of the audience and understand what exactly gamers expect. Experts believe that the firm analyzed all the data and on the basis of this chose the most optimal concept of further work.