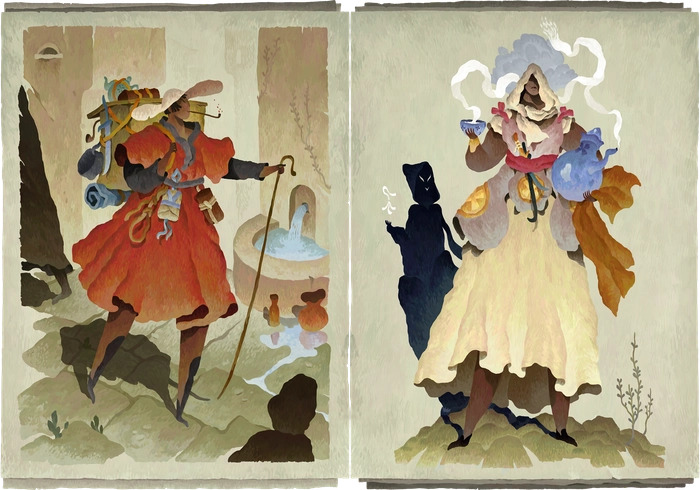 Might and Delight studio shared a video with the community where Arvid Khan, game designer of Book of Travels, introduced players to the characters.

Unlike many other games of the genre, in Book of Travels, developers will move away from the standard division of heroes into races or classes, and the variety of characters will be achieved through the concept of "kinship with the wind". In total, in Book of Travels, players expect 12 characters, each of which is fundamentally different from the previous one and belongs to one special type of wind. 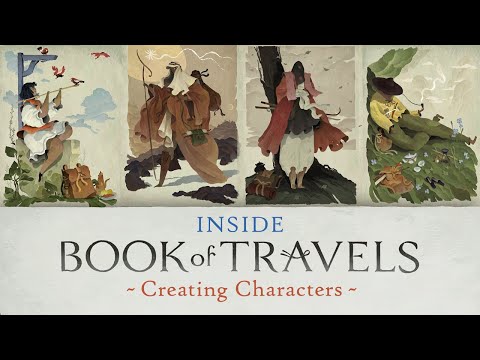 About characters in Book of Travels

The east winds are represented by Goodward, for whom safety and harmony are most important. Despite his kind heart and honest character, his sparkling curiosity can suddenly lead Goodward far from his original principles.

Richant, belonging to the north wind, all his life comprehends the true teachings and greedily absorbs the available wisdom of the world. Despite their anxiety, such characters honor craftsmanship and can become real geniuses among talented workers.

Resourcefulness and autonomy are important qualities for Gliener, but due to the constant thirst for independence, such characters can easily find themselves on the opposite side of the law. Glieliners are excellent adventurers thanks to a lively mind and self-sufficiency. For such heroes, the very process of searching for values (both material and spiritual) is important, so often they themselves cannot appreciate the find well. 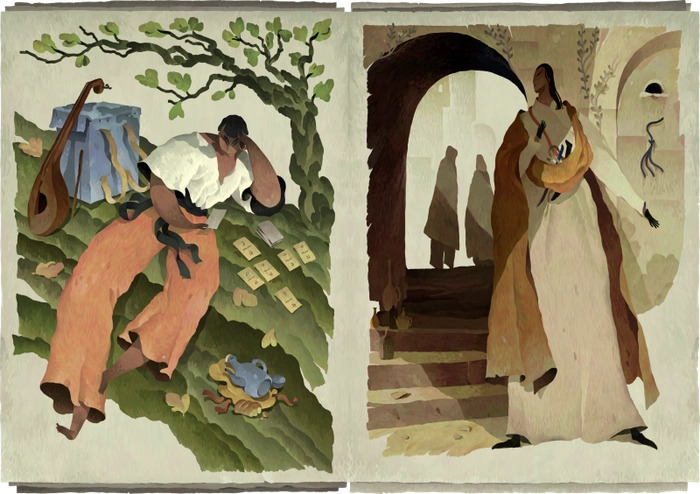 Enfolders are a force equal to kindness. Peacefulness of the south wind with strong fists. But despite their power, these characters can surprise with individuality and grace.

The north wind accompanies the Vershinny - these characters do not have a special love for public speaking and prefer solitude to vanity. Because of their clarity of thought, these characters can reach heights in a variety of arts, and high spirituality evokes love for their home and the nature around it.

The north wind favors the Ribbon, among which there are many famous travelers. Their nature, very mundane, has always been distinguished by curiosity and a thirst to conquer the unknown.

Many players will probably prefer Larks - these characters of the west wind provide fun boring life, and their stories about fun adventures can open even the most hardened hearts.

To the west wind belong and Voiges - hard-to-see representatives of the shadow, absorbing the events taking place somewhere on the edge, without the need to be in the center of action. These characters are distinguished by a penchant for power, which explains their attractiveness and desire for mystery.

Myrter is a creative character of the west wind, the very embodiment of youth and honesty. A wandering shepherd, a musician traveling around the world or a talented artist - all of them probably belong to the west wind.

East wind will meet players with the character Mosswolker. It is somewhat reminiscent of an ancient tree, deep into the soil for many miles. Mossvolkers are able to feel the magic in the most familiar phenomena, whether it is the coolness of the morning dew or the sonorous laughter of playing children.

Home and traditional life is the opposite of the Weatherman, belonging to the south wind. These characters are somewhat reminiscent of the elements, they are just as bright, unbridled and able to turn the situation in their favor in an instant.