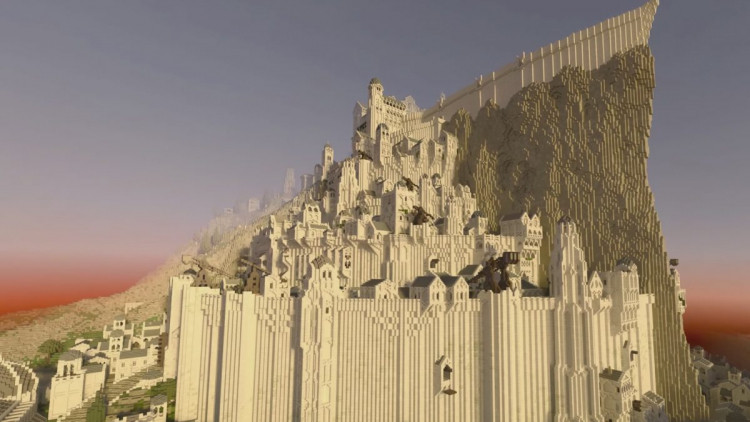 Many are used to the fact that the game universe Minecraft offers countless opportunities for gamers, while can not please with its graphics, and this is its highlight. However, do not forget that some individual worlds in the game universe support even the technology of ray tracing. You can only run them on Windows 10.

The use of modern technology has significantly improved the appearance of the game, as confirmed by the recently published by NVIDIA official videos and screenshots. In particular, today the network was published a trailer that showed how the game copy of Minas Tirith in Minecraft, using ray tracing, looks like.

A New Vision in the Cubic World

The commercial lasts less than a minute, but this did not prevent NVIDIA specialists from demonstrating how cool the favorite project of Mojang Studios can actually look. The trailer shows different parts of the posh and majestic city, which was first described in The Lord of the Rings.

Special attention should be paid to the filigree work of enthusiasts who have been building this ancient city for a long time. They achieved the maximum possible detail, due to which experts even found it difficult to find at least one deviation from the architectural decisions of the city. The design was conveyed with high precision. All buildings have a similar location relative to each other. Moreover, enthusiasts have even detailed the interiors of stone buildings, and it looks really impressive. 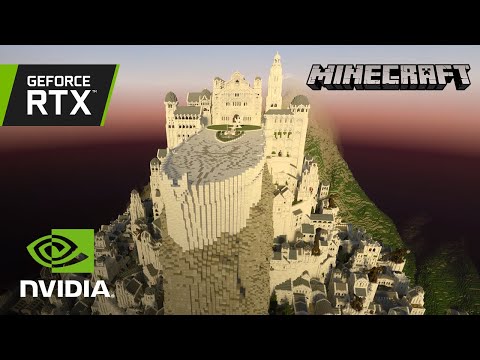 Of course, the ray tracing technology present in this virtual world plays an important role in the formation of the visual effect. Global lighting emphasizes the realism of the created city even in the dark time of the game days. Due to the shadows of the room are perceived completely differently.

Recall that the Minecraft project is incredibly popular. Last month, this game became the leader in active users on PC, of course, without the user count of the Celestial Empire, and gathered more than 16 million 600,000 players. This allowed the project to bypass even such legends as Cyberpunk 2077 and Call of Duty: Modern Warfare.