LOST ARK has a new class

The update for the LOST ARK project was one of the most anticipated among connoisseurs of the MMORPG genre. The main part of the content was the introduction of a fresh gaming class. It was symbolically called "Agent SCOUT." It is noteworthy that the class will be included in the archetype shooter. Thus, representatives of this formation will be able to keep their distance from enemies, while demonstrating excellent skills of attack with long-range weapons.

In addition, class owners will be able to use their own copter, which will be able to manage even offline. You can also use collaborative skills to do this. The second option is especially relevant if there are high requirements for the mobility of the drone and its rate of fire. Each Agent SCOUT two unique abilities: the drone will be able to explode, flying to shreds opponents, as well as throw from the sky shells.

What else is included in the supplement?

In addition to introducing a new game class, the patch brought a lot of interesting things. In particular, there was a second general of the Legion of Darkness. You can try to cope with it as part of an activity designed for eight people. It is noteworthy that any complexity of this mission can be carried out only once a week, while using one mode. 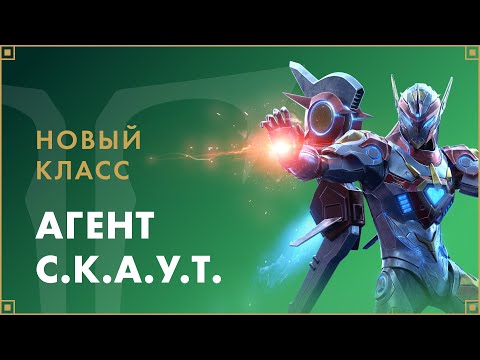 For gamers whose characters have already received 52 levels, there is also a surprise. A new quest has opened in the estate, which is an unusual system of background pumping player. This privilege can only be used for fiftieth-level characters. The training can be interrupted at any time, and all the experience gained during this time will be preserved.

The system of improvements has also been modernized. The game has a room of memories, which allows you to re-activate the basic synematics of the game. This is very relevant if the player has forgotten the features of the plot and wants to resurrect it in memory. It is noteworthy that to go to the room of memories now can not be from all locations.

Also announced increased the number of guild members up to one hundred people. The heroic dungeon has turned from an event adventure into a permanent content, which from now on twice a month will change danji. The developers of the project also noted that this series of new content does not end and soon players will be able to take advantage of new raids, as well as get acquainted with the next class.