The city of dwarves was built in Minecraft 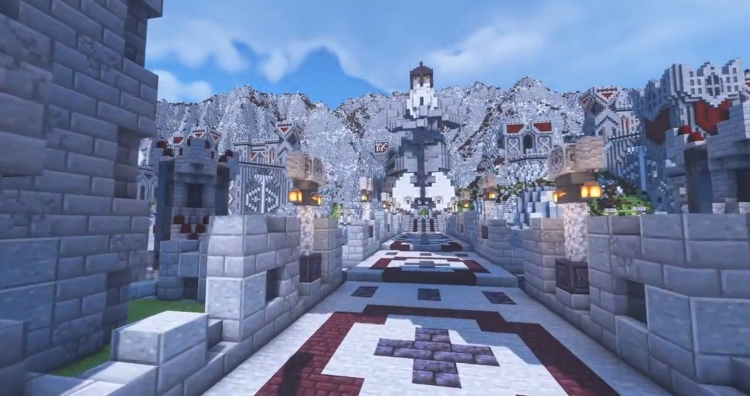 The Minecraft game universe is growing exponentially. If at the dawn of this project most of the players were interested in simple gameplay and the opportunity to have fun and fun time, simultaneously tying up online dating, now among fans of Minecraft has become really fashionable to create incredible architectural structures that copy either original buildings, or mythological castles, which no one has ever seen.

In particular, suddenly a player under the nickname wrldpaintn00b reported on the re-creation of a fantastic city of dwarves. At the profile forum, he personally reported on this event, pointing out that architectural decisions fully correspond to the spirit of fantasy stories.

The enthusiast said that it took him more than sixty hours of game time to create this magnificent location. To demonstrate all his achievements, the gamer made a video, bypassing every corner of the fictional town, and published it on the expanses of profile formula, where he received extremely positive reviews and support from like-minded people

Wrldpaintn00b noted that all work in the location began with a central building, several towers and an external wall protecting the city from misfortunes. After that, the gamer decided to pay a lot of attention to detail to stylize the city in accordance with the famous fantasy beliefs. The player managed to fully equip the inner part of the city. Created not only large architectural objects, provided even such small things as ladders, partitions, bridges, decorative elements and so on.

A competent combination of architectural lines, textures and colors allowed to create a really impressive location, which is absolutely original and unique. In the city of dwarves thought out all the details, including the presence of statues of dwarves - places of worship.

Gamers are really increasingly able to create architectural solutions that developers have not thought about. For example, recently enthusiasts have shown an object that personifies different historical eras. Super Nintendo World was also demonstrated, and the player, known by the nickname saultj_, recreated a map called Mirage.