World of Warcraft spent a lot of money to...

Many gaming communities are becoming a place for charity. Thus, well-to-do gamers, sometimes, spend fabulous money in order to solve the virtual problems of their like-minded people. One only has to remember a guy named Brent Fairchild, who opened a network of virtual clinics in Fallout 76 to treat there characters who need it.

This time, a participant of the World of Warcraft project boasts a similar act. In one of the forums he is known as Bearded_Bear96. The player spent about 5 million game gold in order to help other characters, acting as an unusual NPC.

Gamer said that once he bought in the game a very expensive animal called the mighty pack brutosaurus. A feature of such a creature is the ability to gain unhindered access to the auction, where you can not only implement unnecessary things for the player, but also repair damaged anywhere.

Ever since the man bought the animal, he began to call him whenever he broke away from the game in World of Warcraft. This means that everyone at this time could use the properties of the beast and repair things or put items for sale without returning to the city. It is noteworthy that the actions of such generous players are especially relevant in the new addition shadowlands, because it excluded the auction house, and to get to the nearest, users will have to spend a lot of game time. 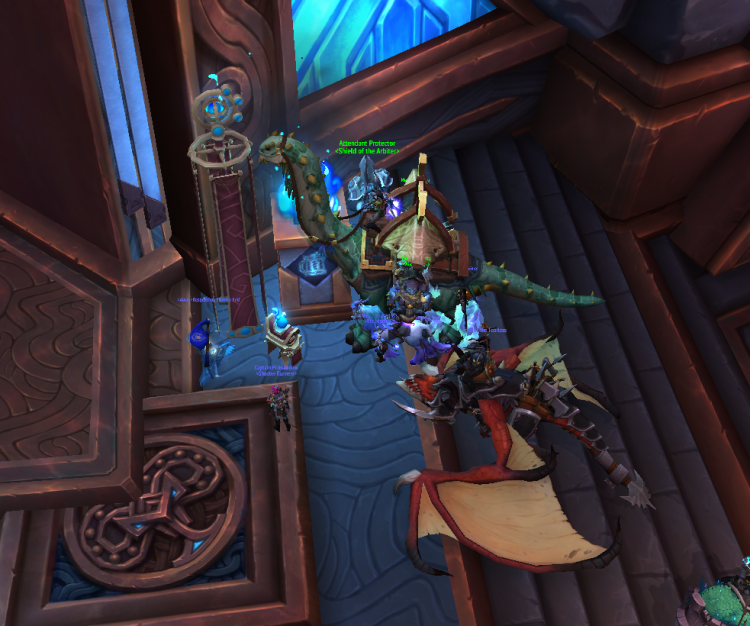 Experts note that the player had to give 5 million gold for the Brutosaurus. Of course, it is impossible to say exactly how much such a beast costs in the equivalent of real money, but according to average calculations the purchase cost the player 500 euros.