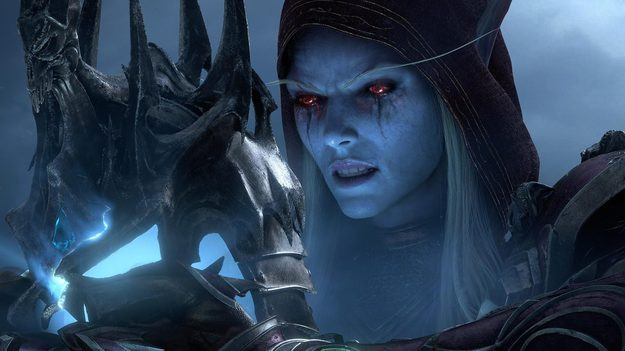 The popular project received the eighth major update called Shadowlands. The release took place only two weeks ago, but the official representatives of the developers have already stated that the update was able to set a new record on the PC.

As it turned out, in the first 24 hours since the release of the add-on in the general access gamers sold more than 3 million 700,000 copies of the game. These metrics have enabled World of Warcraft: Shadowlands to become the best-selling project in the personal computer gaming segment. Previously, no one managed to achieve such heights.

Representatives of the Blizzard studio also noted that the WoW addition could even surpass the achievements of their other "child", the Diablo 3 project. After all, this game managed for a long time to hold the championship in the ranking of the best-selling games for PC. In the 24 hours after the announcement of the project, about 3 million 500,000 copies were sold.

Blizzard also said that a few weeks before the presentation of new content in World of Warcraft supported the largest number of active participants, which only confirms the high interest of the audience in the project. It is noteworthy that such a surge of activity has not been observed during other releases of add-ons over the past 10 years.

The woW project's achievements don't end there. As it turned out, this year gamers spent more time in the game than in the last decade. Most likely, the reason for this is a pandemic, which has caused many people to have much more free time than before. But the fact that the players gave the advantage to the WoW universe speaks to the undeniable merits of Blizzard.

It is likely that in the near future there will be a new surge of interest in the project, because the developers promised to soon release a lot of interesting content, including new raids, locations and tests. Although the release date of the add-ons has not yet been announced.