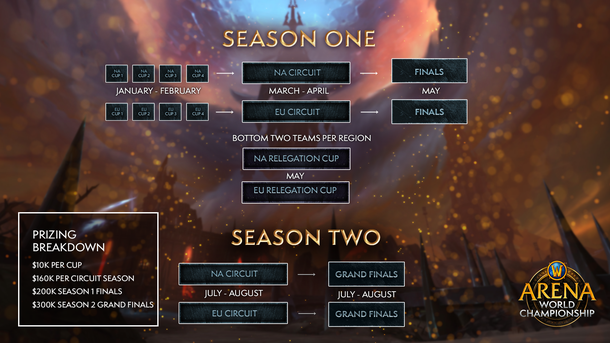 Representatives of Blizzard company told details about the next esports competitions in the World of Warcraft universe which will take place next year. As it turned out, this time the format was changed again. ESWC PvP tournaments will be divided into two seasons, and will be held by region. as for the mythic dungeon international events, they will be transferred to the category of international competitions. Moreover, PvP tournaments will not only be divided into two seasons. Various thematic championships will be held within their framework.

As mentioned above, the championship will be divided into two parts. The final competition will be held in the fall, but the exact dates are still kept secret. It is noteworthy that the studio has already started accepting applications for participation in the cyber tournament from North American and European teams. After the registration is completed, qualifying tests will be held, which will not only give gamers the opportunity to feel in the global tournament, but also allow them to earn 10 thousand dollars – this is the declared prize fund.

Most recently, representatives of the studio said that due to the great popularity of PvP tournaments, they decided to remove any regional restrictions for future competitions and hold a single tournament. The only exception will be the Chinese participants. The fact is that the servers of the Middle Kingdom due to specific legislation have a number of differences. 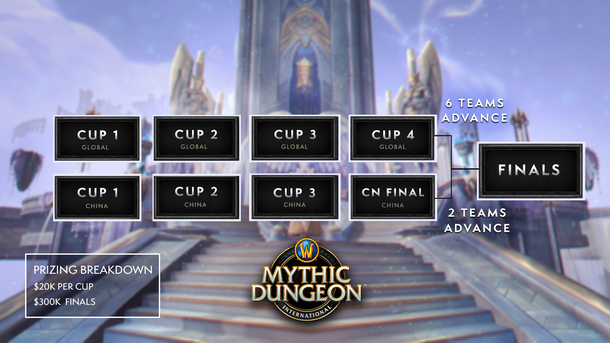 The MDI tournament will be divided into 2 seasons, each with four qualifying rounds and a final state. At the basic stage of the events, 20 thousand dollars will be played, while the decisive championship involves a reward of 300 thousand dollars.

It is already known that the first season of MDI will be launched on January 14. Everyone can still have time to apply for participation in the qualifying tests. More details about the upcoming tournament representatives of the studio promise to publish a little later.