Experts working with data in large information arrays, accidentally found in the files of the last update of the game World of Warcraft an interesting video, revealing the development of the storyline of the project. This video immediately caused a surge of interest from fans of the game universe, because it tells about what will happen next with Silvana Windwing and Anduin Rinna.

At the beginning of the recording you can see how the main villain of the dungeons, the insidious Prisoner discusses with Silvana the death of Denatriya. Recall that he was the final boss of the first in the Shadowlands raid called "Nafria Castle." During the conversation of the characters you can see how an unknown blacksmith to continue to work on the legendary weapon of Varian Rinna, Shalamein.

Silvana asks Anduin to lay down his arms and surrender in a good way, standing with her shoulder to shoulder in the war. But the priest remains adamant. Obviously, Silvana's words did not convince him, and he sincerely believes that there is still something bright and good in her dark essence. 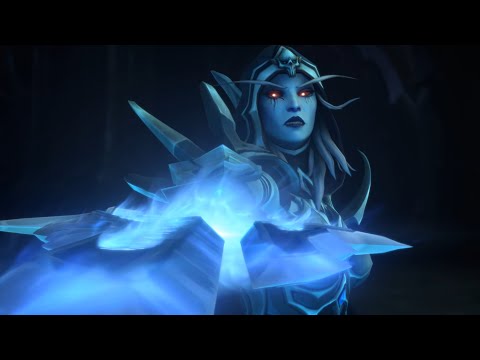